Rural Monticello is said to be 90 minutes from Manhattan...

The Monticello Circuit in New York State, described as a ‘country club’ for wealthy car enthusiasts, is the latest venue to emerge as a possible future host of the US GP.

My colleagues at Autoweek magazine obtained a copy of a letter sent by Ari Strauss, the boss of Monticello Motor Club, to his members.  It explains the thinking behind a possible deal, following recent dialogue with Bernie Ecclestone, and says that help has been sought from local and state authorities.

Opened in the summer of 2008 with a display by Mario Andretti in a Lotus 79, the 4.1-mile track was co-designed by Brian Redman. Apparently it has already been visited by Hermann Tilke, whose role was to pinpoint what might need upgrading for F1.

The rural setting of Monticello at the foot of the Catskill Mountains doesn’t really fit with what Ecclestone has been looking for, as it’s no secret that he wants a race in or around an major city. However the venue is said to be 90 minutes from Manhattan by road, and as such is the closest track to the city. The fact that it’s also a 25-minute helicopter ride will be of interest, at least to VIPs…

Club members pay $125,000 to join, plus an annual fee. The membership list include Jeff Gordon, Jerry Seinfield and some of NYC’s wealthiest inhabitants.

The full text of the letter is as follows:

Within the next day, you may read that Formula One is planning a return to the United States and has their sights on a special location in New York: Monticello Motor Club.

A few months ago, [MMC chairman] Bill McMichael and I met with Bernie Ecclestone, President/CEO of Formula One Management (FOM), and discussed the terms for an exclusive 10-year United States Grand Prix to be hosted at MMC. Shortly thereafter, Hermann Tilke, the chief engineer and circuit designer for F1, spent time at MMC and confirmed that our track and surrounding properties, with some expansion and minor track modifications, is an excellent location for a Grand Prix. Since receiving a letter of understanding from FOM confirming their hope to bring the U.S. Grand Prix to Monticello, Bill and I have continued to secure the backing and support of local, state, and federal politicians and organizations.

If F1 comes to Monticello, our intent is to preserve MMC as, first and foremost, a private country club. Obviously, demand will accelerate as well as the initiation fee for new members. But securing F1 is like winning the Olympics, competition is fierce, and this is not a done deal. While the prospect of F1 at MMC is exciting, we remain focused on our core business: the club and its members.

At this juncture, we are simply honored that F1 is considering our venue as the future, exclusive home for the U.S. Grand Prix. It would transform the region into one of the motorsports capitals of the world, bring thousands of jobs to Sullivan County, inject over $100M each year into the local economy, and place your private club in the company of famous racing circuits like Monza and Spa. 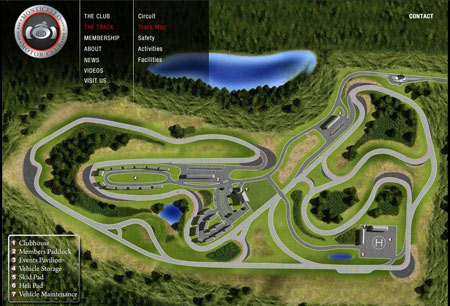 21 responses to “Monticello eyes US GP for New York State”