“It’s up to the teams to decide,” says Michelin man Shorrock 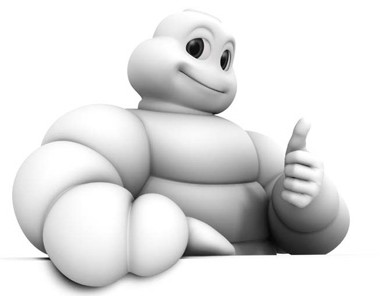 Will Michelin get the thumbs up from the F1 teams?

Michelin competition boss Nick Shorrock met the team principals in a FOTA meeting at the McLaren motorhome today to discuss the French company’s bid to win the 2011 tyre contract.

Those emerging from the meeting said it would be a few days before a final decision was made.

Although Pirelli appeared to have been the favoured choice, Michelin is still in the hunt. However Shorrock insists that the company has not made a last minute change to what was on the table.

“There was no intention to change anything,” said Shorrock. “The objective of this morning was to make sure the teams had fully understood the details of our offer, which is as it’s always been, in line with what the company sees as the future of competition, and within the values that the company wants to respect – which is essentially that of open competition, of being able to demonstrate the technical capability of our product, while also being able to demonstrate that there is respect for the environment.

“It was suggested that it would be useful to come and explain face to face, with all of the teams, the details of that offer. That’s what the intention was, that was the objective, and I hope it’s been achieved.

“The teams listened, they asked questions, and we tried to clarify as much as possible any doubts that they have. We’re still open to discussions if that’s what they wish.

“I think like everybody else we’ve made a proposition which we believe is reasonable, is not exaggerated. It’s up to the teams really to decide which way they want to go.”

Shorrock made it clear that time is of the essence.

“That’s something that we’ve said all along. A tyre is not something that you easily put onto an F1 car. It needs a certain amount of work, and that’s what we’ve done. We would like a decision as quickly as possible.

“It’s not our role to set a deadline, it’s the environment of the FIA, FOTA and FOM that have the job of evolving the sporting regulations in this particular instance.”

Last time Michelin was involved in F1 was with grooved tyres, but Shorrock says the translation to slicks will not be a big challenge.

“There’s a logical evolution in terms of tyre performance. Let’s not forget that Michelin is very much present in competition as whole. We’ve not been in F1, but we are very present in other disciplines, notably in endurance racing, and particularly in a couple of weeks we’ll be at Le Mans.

“That type of racing brings us enormous information. If you look over the last 10 years the durability of a Michelin tyre has increased by 35%, while car speeds have increased by 10%. So that’s something we know how to do, it’s our basic profession, to make a tyre that’s usable and safe in a competitive environment.”

One response to ““It’s up to the teams to decide,” says Michelin man Shorrock”