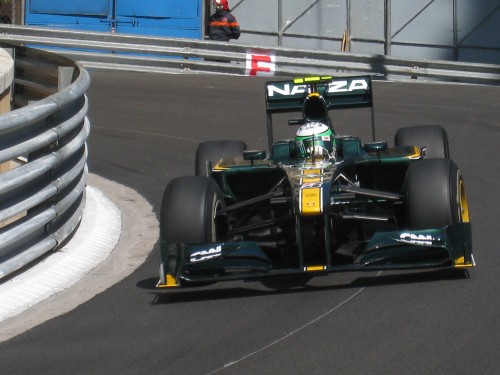 Lotus was closer to the pace in Monaco, although neither car finished

Lotus Racing boss Tony Fernandes says he was encouraged by the pace of the green cars in Monaco, even if neither car finished.

Heikki Kovalainen had his most promising run to date before he was forced to retire, while Jarno Trulli collided with Karun Chandhok while recovering from a delay in the pits.

Although the team didn’t get a result, it was far closer to the pace than at previous races.

“You’ve got to take these things when they come,” Fernandes told this blog. “It’s racing. The main thing is that I was really happy with the pace, and I was really happy that we were racing Petrov. To be able to do that is really pleasing. People constantly talk about backmarkers slowing them down, but to see Heikki going for it, when we didn’t have the full aero package on there, was pleasing. And the Renault’s fast.

“It was very encouraging. That’s why I wasn’t disappointed. I was disappointed for Heikki, but he’s such a trooper. He said it was his best race and he enjoyed it the most. If you think Red Bull six years ago was at the back, and they’re now at the front by a long way. We’re making progress and I’m really happy.”

Fernandes says he was happy that Trulli tried to overtake Chandhok, even if it didn’t work: “I support him trying and we were pushing him to try. At the end of the day I think that’s what racing is about, and I applaud Jarno for doing that. Fifty per cent of people say he was right and fifty per cent say he’s wrong, so I don’t know. But at Lotus out style is if you don’t try, you don’t know. We weren’t going to give up anything, we weren’t fighting for a World Championship or anything, so we race.

“The exciting part of the race was at the back, when Alonso was overtaking people. It was a great vindication of why do we have blue flags? Alonso had some great racing with Heikki, with Timo Glock. He picked both of them off, and it was the most fun part of the race.” 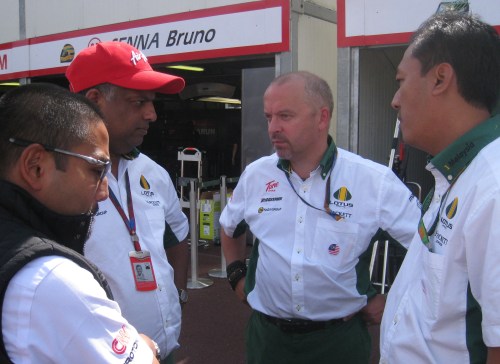 Fernandes, Mike Gascoyne and their Lotus colleagues after the Monaco race