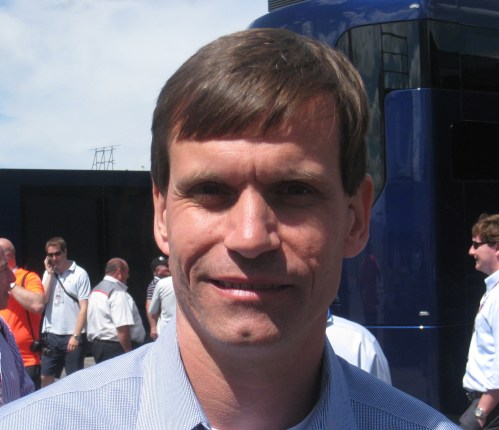 Austin promoter Tavo Hellmund is set to reveal details of the venue for the 2012 US GP later today.

There has been much speculation in the Texan media as to the intended site of the Tilke-built track, and the lack of hard information until now has led to some scepticism about the strength of Hellmund’s plans. As previously reported here the circuit will be on a hilly site to the east of the city, not far from the airport, and will have an overview of downtown.

Hellmund recently led a delegation on a visit to the British GP, where it was clear that he has the full support of Bernie Ecclestone, despite suggestions in the paddock that the project might not happen.

“I think part of the problem is that because we are being very careful of releasing details, from the business perspective not from any other reason, is the fact that people are left asking,” Hellmund told me at Silverstone. “When you actually have the deal done, it doesn’t bother you. I could care less what people say, we’re getting the deal done.

“I think probably we’re going to release the land site, so everyone knows where it is. To stop the speculation, we’re going to need to do that. We’ll also introduce some of our key players from the communications side, from an investors’ side, so that the public – who seem to be so curious – understand this is really a world class group that’s been put together, with experience form the NFL and NBA.”

He said he had a good reason to withhold track details until now: “It’s not because we don’t want to, but because the FIA and FOM need to know the layout as well.”