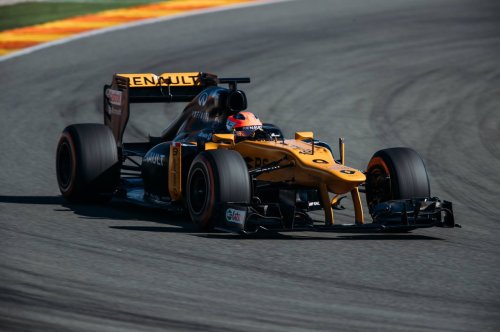 Robert Kubica returned to the cockpit of an F1 car today, over six years after the rally accident that appeared to have ended the single-seater career of the 2008 Canadian GP winner.

The Pole drove 115 laps in a 2012 V8-engined Lotus-Renault E20 at Valencia, the same venue where he last tested for the same team in February 2011. Shortly after that test he suffered a serious rally crash in Italy, in which his car was penetrated by a piece of metal barrier.

He later returned to rallying, and has also had GT circuit outings, but it was generally accepted that he would not be able to drive a single-seater properly due to restricted arm movement as a result of the accident. However, he recently tested GP3 and Formula E cars.

The car he drove today is one that Renault uses to give young drivers mileage, and for demos and so on. Test driver Sergey Sirotkin also drove.

Renault has said little about the test, other than on its Twitter account. In a series of Tweets the team said: “It’s true. It really is Robert Kubica. Back in one of our cars after six years. So why did we keep it quiet? It was a private test, for Robert. But we can tell you this… Robert complained about grip, understeer, downforce and had the biggest smile on after his 115 laps!”

It remains to be seen whether Kubica, who is still only 32, will get further outings.