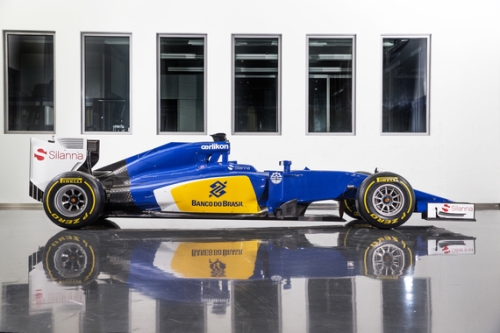 Not many major sponsors feature on the new C34

Sauber boss Monisha Kaltenborn says that the Swiss team has learned from its difficult 2014 season, and she remains confident that the team will make progress with the new C34.

Sauber slipped to 10th in the World Championship last season after failing to score a point.

“2014 was a very disappointing year,” said Kaltenborn. “However, this is in the past, and we now focus on what comes next. We have learned our lessons and are confident for the new season. We have to improve, and be able to fight for championship points.

She has faith in the new driver combination: “I am delighted about our two new drivers who bring a breath of fresh air. Both are young, talented and highly motivated. On their way to Formula 1 both stood out through victories in Formula BMW and Formula 3. Both then finished this career progression off in the GP2-Series. While Marcus looks back to one season in F1, Felipe will have his rookie year in which he comes fully prepared due to his role as test and reserve driver at Williams last year. I feel confident with regard to our drivers.”